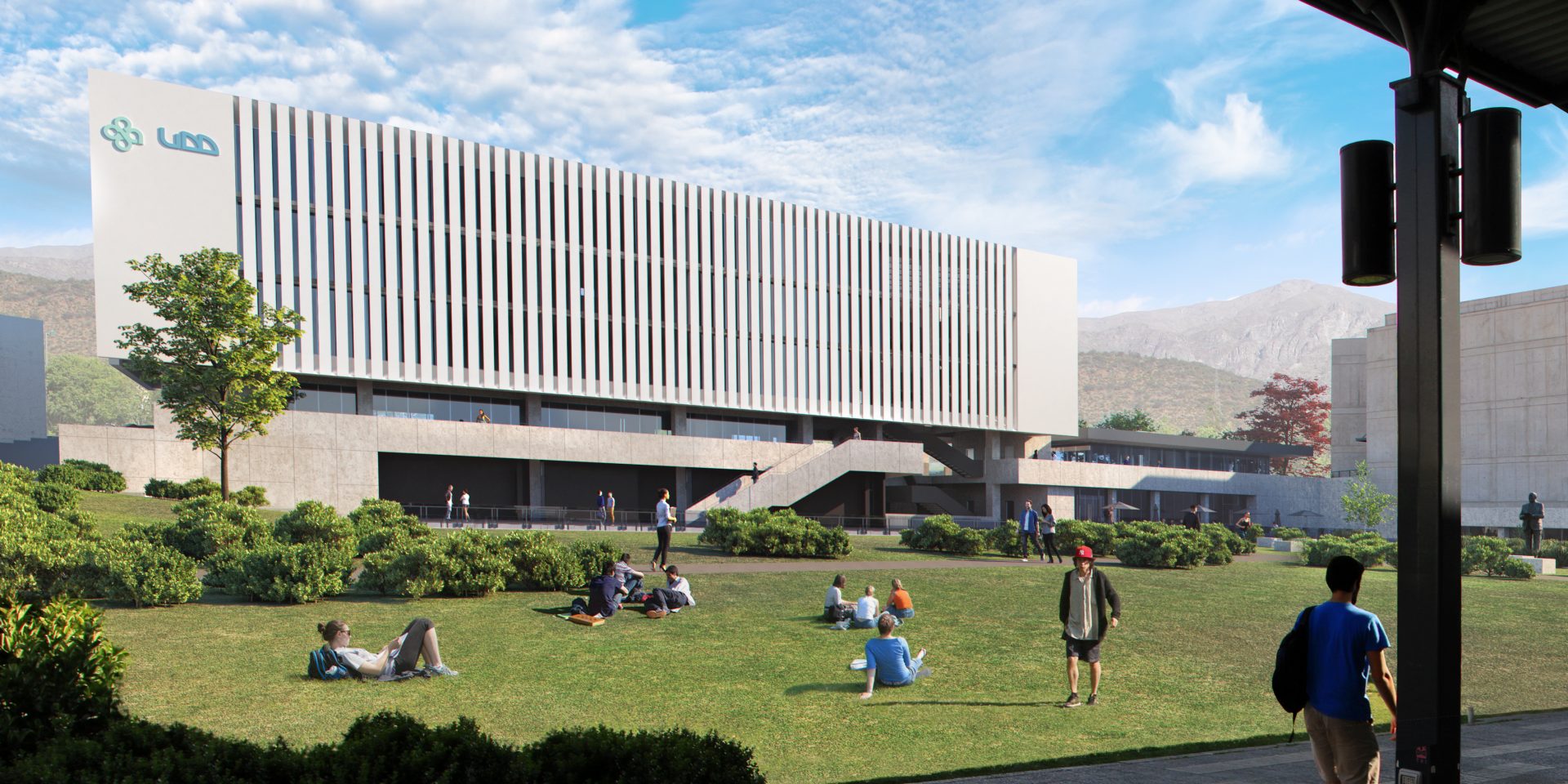 In 2000, thanks to the invitation of the then Rector of the Universidad del Desarrollo, Ernesto Silva Bafalluy (R.I.P), the Universidad del Desarrollo (UDD) and the Clínica Alemana of Santiago jointly decide to create a Faculty of Medicine. The cornerstone of this School would be innovation and public accountability, adherence to ethical conduct, and targeting to optimum results.

In March 2001, authorities from the Corporación Chileno-Alemana de Beneficencia (Chilean-German Charity Corporation) and members of the UDD Board of Directors met to create a Facultad Ciencias de la Salud (School of Health Sciences), which would provide a solid base for a scientific, ethical and service culture.

In July of that same year, the UDD and the Clínica Alemana signed a collaboration agreement for the creation of the Faculty, an innovative alliance. Two months later the Hospital Padre Hurtado (HPH) joined the agreement undertaking to assist academic education. In this way, HPH became the main clinical campus of the Faculty, as well as a strategic partner.

In 2002, the Facultad received its first cadre of students of the Medicine and Nursing programs.

Additionally, and to support the scientific and ethical base of students, as of 2002 we have created many research centers/institutes, now grouped under the Instituto de Ciencias e Innovación en  Medicina.

In the interest of academic quality, in 2003 we created an area in charge of the continuous training of academicians, currently called the Centro de Desarrollo Educacional (Center for Educational Development), (CDE).

Since 2003, we have signed academic and health care agreements with various institutions, such as the health care centers of the municipalities of La Granja, San Ramón and La Pintana and the Hogar de Cristo (Chilean Public Charity) and the Instituto Nacional del Cáncer, among others.

In 2004, we built a 1,000 sq. m. (10,764 sq. ft.) academic module, attached to the HPH. This module has the equipment required for classes and discussion of clinical cases. To date, the Faculty has built three academic modules, infrastructures oriented to both health care and education.

In 2005, we welcomed the first cadre of Dentistry students; likewise, in 2007, we welcomed students entering the following programs: Nutrition and Dietetics, Medical Technology, Physical Therapy, and Speech Therapy.

In 2009, we inaugurated the building of the UDD Dental Clinic in the municipality of La Florida, the main clinical campus of the Dentistry program. This building also has facilities for academic assistance activities for students following Physical Therapy, Speech Therapy, Nutrition and Dietetics, and Psychology.

In 2019, the Obstetrics program opened its doors to the first generation of Obstetric Nurses and in 2020, we launched the Occupational Therapy program, thus completing nine undergraduate careers.

In the area of Postgraduate studies, the Faculty currently offers postgraduate specialization and sub-specialization programs at the Clínica Alemana, the Instituto Nacional del Cáncer, and the Padre Hurtado Hospital.